Born Aristotle George Agganis in Lynn, Massachusetts, on April 30, 1930, Harry Agganis was the seventh and last child of George and Georgia Agganis, immigrants from the village of Loggonike in Sparta, Greece.

Harry was called “Ari” by his Greek mom (short for “Aristotle”) which became Americanized to “Harry” by his friends. Later on in his life, Harry was affectionately known as “The Golden Greek” in recognition of both his proud heritage and outstanding athletic achievements.

By 1948, Harry was a football, basketball, and baseball phenomenon at Lynn Classical High School; seventy-five colleges including Notre Dame tried to recruit the young sensation. Harry’s mother-with whom Harry was close-had been widowed in 1946 and Harry wanted to attend a college that allowed him to stay near her while he pursued his academic and athletic goals. Boston University was a perfect fit.

Agganis fulfilled his athletic promise while attending Boston University, winning awards on both the gridiron and the diamond. After his sophomore year, Harry’s collegiate career was put on hold when he was activated for the Korean War where he served 15 months in the Marine Corps between 1950-51.

Worry not about the Agganis legend.

This is one hero whose statue does not

have feet of clay. Harry was the real thing,

an ideal off the playing fields as well as on them. 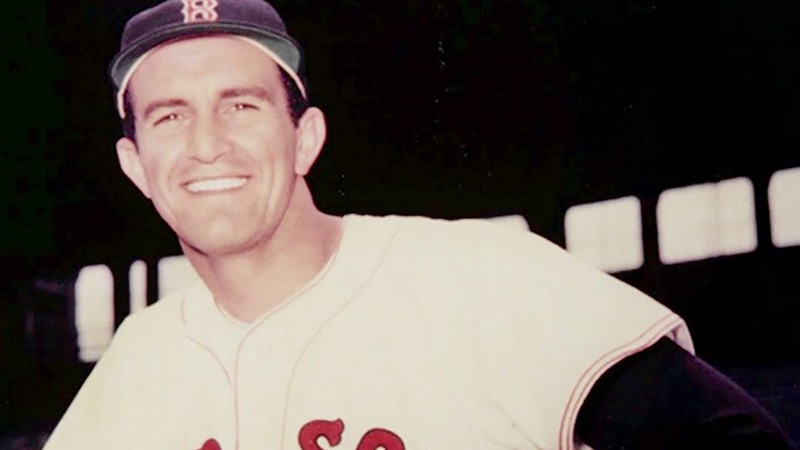 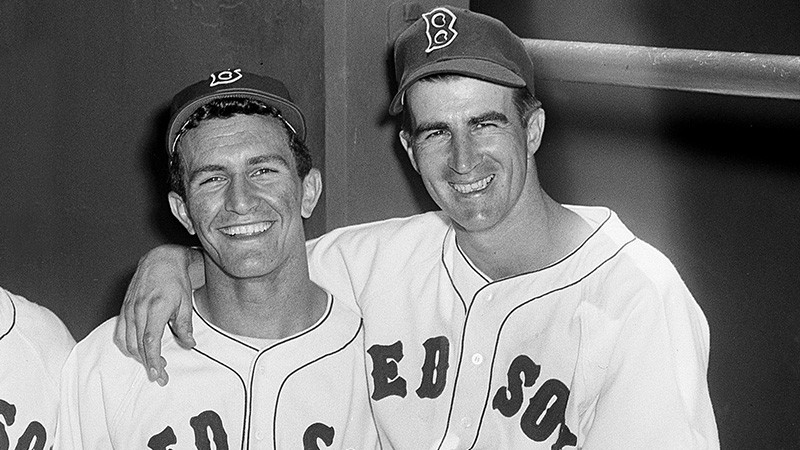 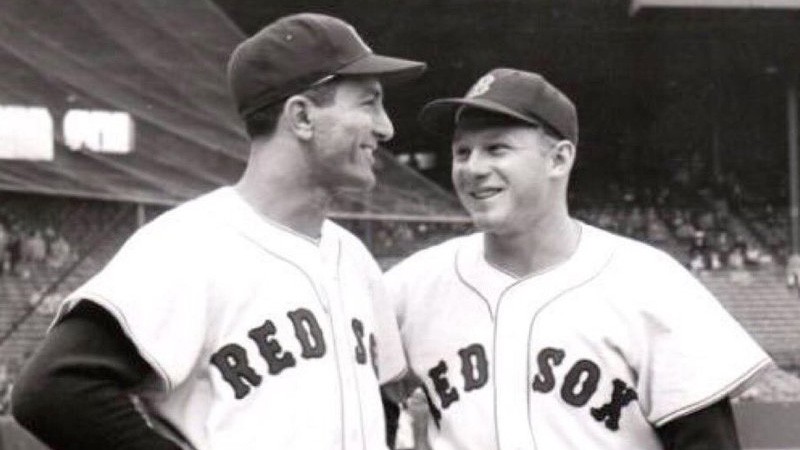 Harry resumed his collegiate career in 1952 without missing a beat-on the diamond, his batting average soared to .322 for the season; on the gridiron, he played both offense and defense and also handled kicking duties. An All-American quarterback, he left BU holding school records for passing yardage, touchdown passes, punting average, and interceptions.

Harry wanted to become a professional athlete but being great on both football and baseball it was simply a matter of choosing which sport to play. He eventually turned down a lucrative offer to play football as the number one draft choice of the Cleveland Browns, opting instead to play baseball for the Boston Red Sox as the team’s starting first baseman. Harry was a left-handed batter and quickly became Boston’s best hitter, achieving an impressive .313 batting average. One memorable Sunday in June 1954, he hit a home run at Fenway Park, and then raced up Commonwealth Avenue to receive his Boston University degree.

Sadly, a vibrant young life and a promising future were cut tragically short on June 27, 1955, when Harry Agganis died of a massive pulmonary embolism at the age of twenty-five. His legend endures to this day, particularly at Boston University and in Boston’s thriving Greek-American community. The athletic stadium at Camp LeJeune in North Carolina, a public square in his hometown of Lynn, a street on BU’s Charles River Campus, and a BU scholarship are all named in his honor. “The Golden Greek” is also memorialized at the Sports Museum of New England at Boston’s Fleet Center. Boston University is proud of the new Agganis Arena in the Student Village, the most recent tribute to this extraordinary individual who left us far too soon.