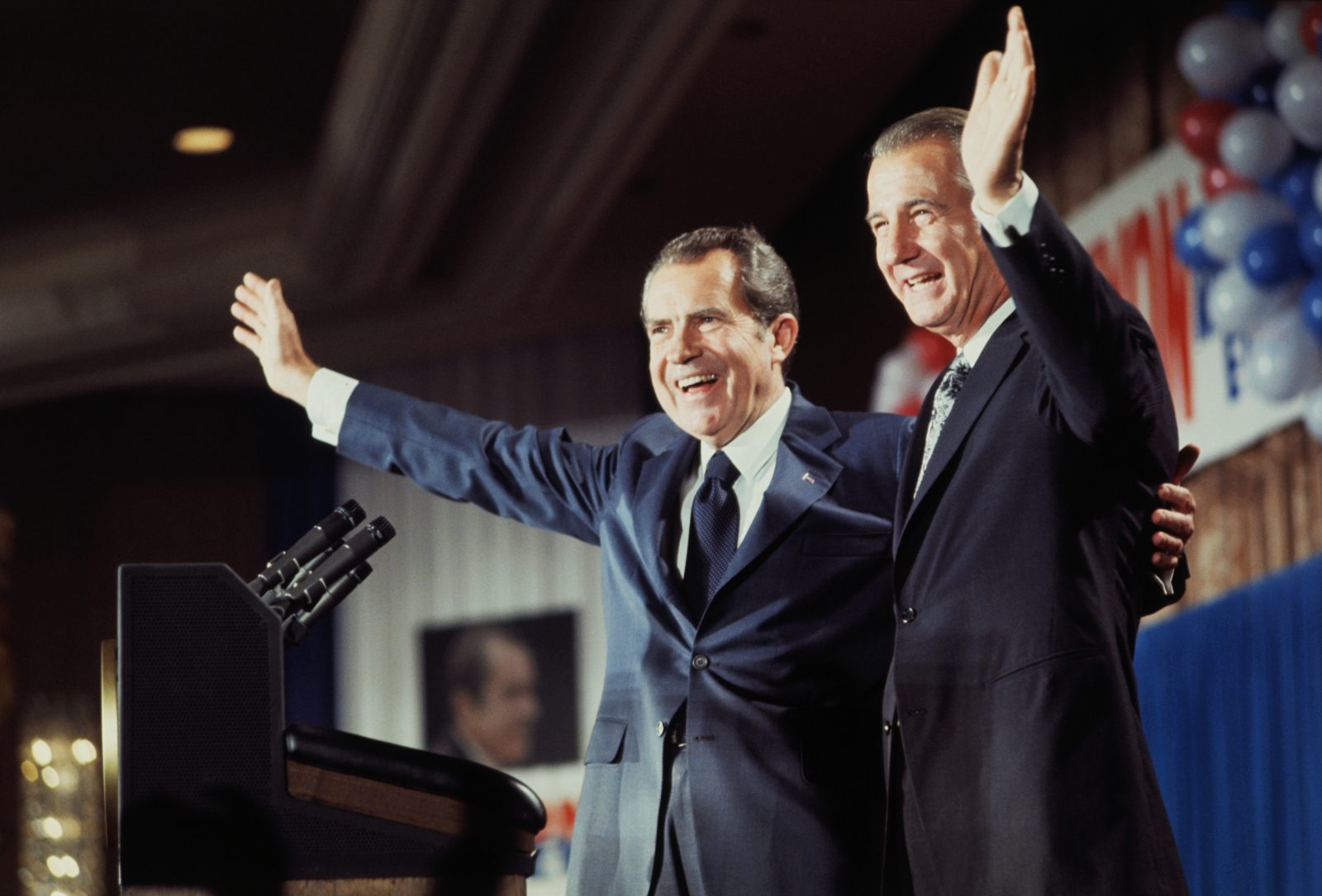 Spiro Agnew (originally Anagnostopoulos), the son of a Greek immigrant, was born in Baltimore on  November 9th, 1918.

Spiro Agnew was the son of Theophrastos Anagnostopoulos who was born around 1877, in the town of Gargalianoi in southern Greece (Peloponessos). Anagnostopoulos emigrated to the United States in 1897 (some accounts say 1902) and settled in Schenectady, New York, where he changed his name to Theodore Agnew and opened a diner. Agnew senior was a passionate self-educator and maintained a lifelong interest in philosophy; one family member recalled that “if he wasn’t reading something to improve his mind, he wouldn’t read.”

Theodore Agnew moved to Baltimore around 1908, where he purchased a restaurant. Here he met William Pollard, who was the city’s federal meat inspector. The two became friends while Pollard and his wife Margaret were regular customers of Agnew’s restaurant. After Pollard died in April 1917, Agnew and Margaret Pollard began a courtship which led to their marriage on December 12, 1917. Spiro Agnew was born 11 months later, on November 9, 1918.

Spiro Agnew attended John Hopkins University before serving in the United States Army during the Second World War. With the end of WW II Agnew returned to the US and graduated with a law degree from the University of Baltimore in 1947. Spiro Agnew was elected governor of Maryland in 1967 as a republican. As governor of Maryland Agnew introduced a graduated income-tax, and an effective anti-pollution law.

In the 1968 election Nixon selected Agnew as his vice presidential candidate. During this time Agnew developed a reputation as a hard-liner against anti-Vietnam War protesters.

Freedom of speech is useless

without freedom of thought.

In 1972 Agnew was re-elected as vice-president but the following year it was announced he was being investigated for extortion, bribery, and income-tax violations while governor of Maryland.

Agnew maintained his innocence for month, but eventually forced to plead no contest to a single felony charge of tax evasion and then resigned from office. Nixon replaced him with House Republican leader Gerald Ford.

Agnew spent the remainder of his life quietly, rarely making public appearances. He became a business consultant and in 1980 published his autobiography, Go Quietly or Else.