The Impact of Ancient Greek Folklore and Hellenism on Contemporary Gaming

“We’re all Greeks. Our laws, our literature, our religion, our arts have their root in Greece.” – Shelley

It’s no secret that the stories and culture of ancient Greece continue to be extremely popular across the modern gaming world. In fact, Sony Interactive Entertainment’s God of War reboot which was released in 2018 sold approximately 20 million copies by the end of 2020. Meanwhile, the entire series which began in 2005 is estimated to have sold over 51 million copies in total. While the second era or the two latest games from the series are focused on Norse mythology, the first era which is comprised of seven games are a brilliant retelling of ancient Greek folklore. For the uninitiated, the protagonist in God of War is a Spartan demigod named Kratos, who early on in the series was revealed to be a son of Zeus.

In actual Greek mythology, Kratos is known as the personification of divine strength. Instead of Zeus, his father is Pallas, the titan god of battle and warcraft, while his mother is the river deity Styx. During the first era of the God of War games, Kratos seeks vengeance against Ares who tricks him into killing his family, as well as Zeus who betrays and tries to kill him. On his way to kill Ares, Zeus, and many of the other gods of Olympus, Kratos interacts and struggles with other figures such as Prometheus, Pandora, Athena, Aphrodite, Gaia, and The Erinyes. Even as the series’ second era focuses on Norse mythology, Kratos’ traumatic past with his Olympian family continue to haunt the protagonist.

God of War underscores just how deeply Hellenic culture and folklore have become intertwined with modern games. And it is far from being the only game or series where this is highly apparent. Alongside the acclaimed series, popular titles like Assassin’s Creed Odyssey, Apotheon, Hades, and Titan Quest reveal a deep and ongoing obsession with Hellenism and Greek mythology in console and PC gaming over the years. In fact, this obsession even extends to the world of browser and mobile online casinos, wherein developers also borrow heavily from Hellenic lore to cater to larger gaming markets. This can be observed on prominent gaming website Gala Spins, in which titles such as Games of Olympus, Megaway’s Poseidon, Zeus Lightning Power Reels, and Age of The Gods: Book of Oracle reveal the wide extent of Hellenism’s grasp on online games. Indeed, in virtually every gaming platform, these ancient tales continue to provide game developers with an endless well of creative inspiration.

It’s not hard to see why contemporary gaming has such a tight, extensive, and still evolving relationship with Hellenic folklore. Influential not just across gaming but also in the development of modern English and other elements of western culture, Greek mythology is comprised of some of the most colorful and imaginative tales in history. Moreover, the several contradictions among epic Greek poetry and story-cycles have no doubt helped paved the way for these modern retellings to emerge. In the future, these new mythologies and reinterpretations of Hellenism will continue to develop and adapt to the times. As long as game developers seek new and better ways for players to become immersed in the worlds that they create, the strings of those worlds are bound to be pulled by the Olympian Gods. 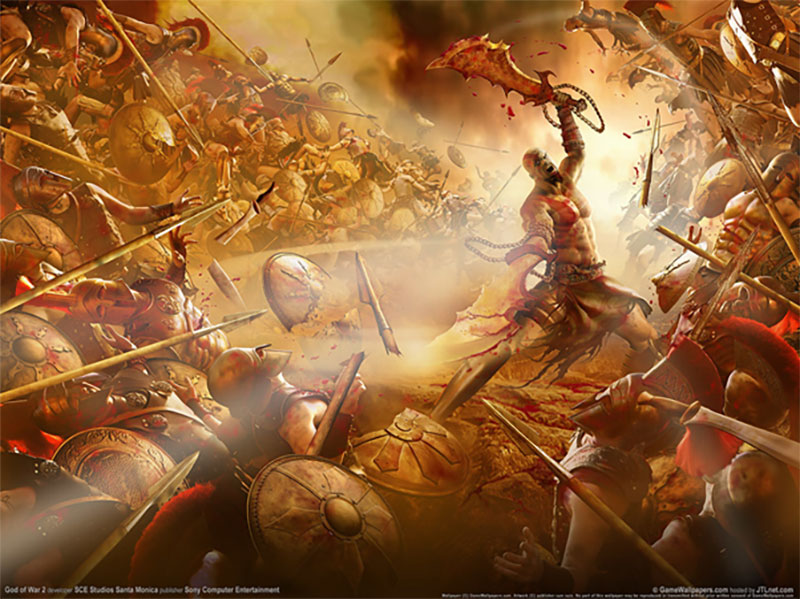 CREDIT: Niranjan under CC BY 2.0 License – No changes were made to the image.